When I first got to Dubai, it was the year 2007 and construction at the time was really booming. There was construction here and there.

Companies were going outside of the country (UAE), hiring for people from abroad. Luckily, I was one of those who was chosen and hired, and I was deployed to Dubai, United Arab Emirates. It was a great opportunity for me to work abroad.

Prior to working in Dubai, it was my friend who taught me to try to work abroad—he inspired me. If not because of him, perhaps I would not have ever worked abroad. I don’t have an idea what I would have done, what job I would have specialized in.

If he is able to read this he might smile because he will remember what we were doing during our job hunting.

We were out every day, buying newspapers, trying to sneak out to some good agencies. But, later, those hardships have paid off. We were able to get a job hired by the same company.

Years later, I had almost completed my contract with that company. I do not want to mention the name of the company, it was my first company in Dubai. I was not planning to renew my contract wth them. Two months before the end of my contract, I sent a Nonrenewal of Contract letter to the company’s human resources department. How could I even think “it’s too early.” I was so excited. 🙂

Then, I was good to go. I started searching for a new job in the same role—a quality assurance and quality control engineer.

After a month of searching, I attended several interviews because Dubai was still at the peak of its boom.

Would you believe that the salary offer was doubled from my salary of my old company that I was receiving?

One day, my friend and I were in my car, on our way to Dubai Festival City or DFC. BTW, DFC is one of the nicest malls in Dubai. I received a call from an HR. She was from the company where I had attended my last interview.

She said: “Sir, I will give you what you were asking for.” It was the salary offer.

My feelings were immensely unexplainable. I have never had that feeling before. I yelled and punched the air up high. I said: “I got it!” Thank God!

I probably made it because of these reasons:

Then he said: “Ok, can you write about the method statement for blockwork?”

Fortunately, it was easy because I had learned it and remembered how to do it step-by-step. I was so lucky that that was the question.

So if I were you, I would advise to try to always be attentive, especially when you are a newbie in your career. I was so lucky too that I had my superb intellect boss who always guided me, and advised me what to do. Apart from that, I always had an eagerness to learn–I was always going on site, observing, learning. Then the rest was easy.

I believe in the saying, “The harder you work, the luckier you get.”

I thought the checklist he would ask about would be blockwork, but it was not.

It could have been very easy for me, though. He asked about the checklist of “Compaction.” It was hard enough, but along the way I recalled everything. After a few minutes of thingking–guess what? Done!

It is easy to write if you’re alone because you can freely think and write without pressure.

Yes, the same thing. What I would suggest is to be a hard worker–nothing can replace that.

#3. Knowledge about your work

What I did was I do everything I can. I did not waste time. I came to office on time and start applying the plan for the day. Always make sure you do that. If you have grasped everything about your job and are passionate about what you are doing, yo can trigger a most rewarding moment of your life. So try to know everything you can while you are fresh to your job.

And be effective by way of applying time management–that is planning.

Don’t waste your time with something that does not make you grow. And ask someone in your organization–if you ask for one thing that you do not know, you could get a very immediate answer. Or if you are a shy type who doesn’t like to ask, you can ask doctor Google or attend training or online courses.

The key to your success is Knowledge, Skills, and Continuous learning.

The reason why you need to ask is that you will discover some things that you did not know in a short period of time. Don’t depend on yourself.

So, those are the potential reasons why I got to be able to double my salary offer. And you can too.

There is one thing that could make your life better and that is knowledge. 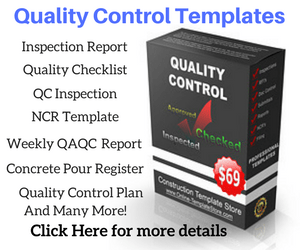 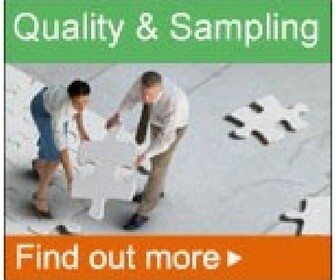